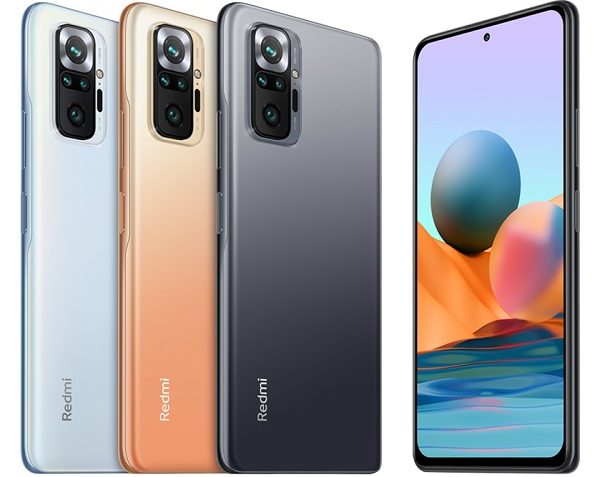 Xiaomi Is coming with its new Redmi Note that has got a moniker 10 Pro at the end which means that this handset will be budget-friendly that will be equipped with outstanding specs. Xiaomi Redmi Note 10 Pro is one of the most awaited phones. A powerful Xiaomi with a big screen and performance. With a spectacular photosensor array. Without a doubt, this is one of the most sought-after and purchased mobile phones of the year. The new Xiaomi’s Redmi Note 10 Pro will be powered by Snapdragon 732G (8 nm). This is a powerful chipset for the smooth functioning of the device. The processor of this handset is 2.3 GHz Octa-Core. Xiaomi Redmi Note’s going to have a 6.67 Inches big screen display with an IPS LCD Capacitive Touchscreen, this device has got a full HD display resolution of 1080 x 2400 Pixels. The SoC of the Redmi Note 10 Pro by Xiaomi paired with 6 gigabytes of RAM which means that the upcoming smartphone is going to be very fast in its execution. There are two variants of internal storage 128 gigabytes of the Xiaomi Note 10 Pro also enough to store a huge amount of data for future usage. The dedicated slot is there to further increase the internal storage of the device up to 256 gigabytes more. The new Xiaomi Redmi’s Note 10 Pro is coming with a Quad Camera setup at the rear. The primary lens is going to be 108 megapixels along with 8 megapixels secondary sensors. The other two sensors are going to be 5 + 2 megapixels. The selfie shooter of the handset is 16 megapixels. The security of the Redmi Note 10 Pro is very tight because it is equipped with a side-mounted fingerprint reader. The 5020 mAh battery of the smartphone will give enough power supply to the Note 10 Pro to keep it on for a long time. And also there is a Fast battery charging of 33W under the hood of this smartphone. Samsung and other smartphone company’s got a competitor in the market.