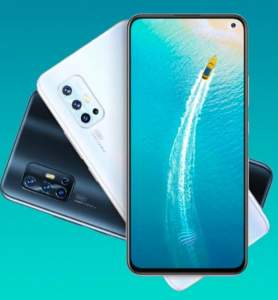 Chinese company Vivo will unveil V17 as it has stopped working on V15. This is the new series that will be launched in India and then will make its way to the international market. The new Vivo V17 is the series that will come up with a number of smartphones that will be launched in phases, but till now this is the first smartphone of the series. The upcoming Vivo’s V17 features a lot of appealing specs that will make it the go-to choice when it will launch. The important thing is that this is the first phone that will be launched with a pop-up camera setup having two snappers in it. Vivo V17’s going to be packed with Snapdragon 675 chipset. This is a powerful chipset that is used widely in mid-range smartphones. Moreover, the system on chip of the new handset called, Vivo new V17 is packed with 8 gigabytes of RAM that is enough power to deal with the multitasking more efficiently. The native storage of the handset is 256 gigabytes. The Vivo is solving the problem of storage in the V17 by introducing a dedicated slot that will support external memory up to 256 gigabytes which are again gigantic storage that will solve the issue of storing data. The new V17 with its 6.44 inches Super AMOLED display will give you Full HD plus resolution of 1080 x 24000 pixels. On the back of the smartphone, there is a quad camera setup. The main sensor of the V17 will be 48 megapixels and the secondary sensor is going to be 8 megapixels the third one is going to be 2 megapixels and the fourth one will 2 megapixels. The selfie shooter of the V17 has a single lense as the information confirms that it will have, 32 MP sensor. Nowadays, the security of the data is very important that the forth coming handset, V17 by Vivo is expected to be equipped with an in-display fingerprint reader that provide security to the data that you want to protect. The battery of the smartphone is 4500 mAh. The Vivo V17 is going to be a rival for the Samsung.