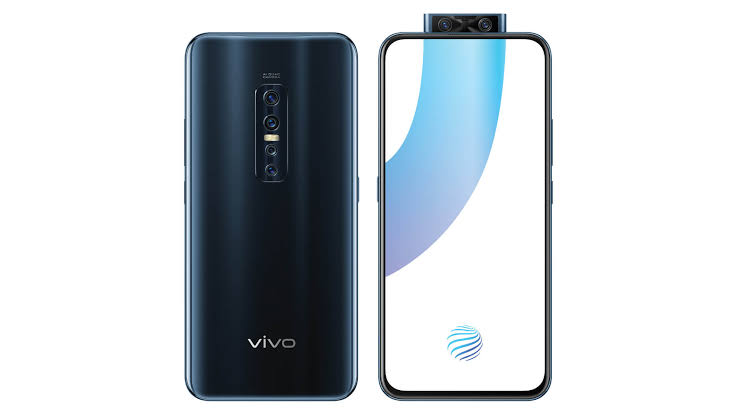 Vivo will be launching its V17 Pro after the releasing of V15 at the beginning of this year. The smartphone will be coming the almost the same specs like its previous variant but the Vivo V17 Pro also has some important features that are quite attractive. There is an image that is leaked recently, reveals a great deal of information about the rear of the next smartphone Vivo’s V17 Pro. The leaked shows that both of the smartphones have got quad-camera setup at the rear. The camera setup is aligned vertically. The rear camera setup of the Vivo V17 Pro’s quite different as the LED flash has been placed right between the center of the four lenses. There is no evidence of the rear-mounted fingerprint of the V17 Pro by Vivo that suggests that the smartphone will come equipped with an under-display fingerprint scanner for providing the smartphone with utmost security. Moving to the front of the Vivo Pro you will find that the smartphone is packed AMOLED display screen of 6.44 Inches providing a resolution of 1080 x 2440 Pixels. The display is going to be notch-less as the upcoming Vivo V17’s Pro will be equipped with the pop-up camera setup. The battery of the device will be Li-Po Nonremovable 4100 mAh. The smartphone will be powered by Qualcomm SDM675 Snapdragon 675. Vivo V17 Pro will be equipped with 6 gigabytes of RAM and the internal storage of the handset will 128 gigabytes. A dedicated is there to support a microSD card of 256 gigabytes. The new V17 Pro’s new leaked images also show the colors of the smartphone. The color of the first variant is light blue at the top and light pink at the bottom and the color of the second variant is dark blue. The company is a real threat to Samsung.