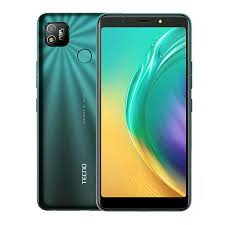 Tecno announced it’s new smartphone pop 4 which is an entry-level Android phone that will hit the market very soon. The operating system for this smartphone is Android 10.0 and it has a Chipset of Mediatek. And Processor of this smartphone is 1.3 Ghz Quad Core. Tecno pop 4 display size is 6.0 Inches which is a big screen so can imagine outstanding display results. It offers 2GB of RAM which is enough to run all functions. The upcoming smartphone Tecno’s pop 4 has 32GB Built-in storage memory and it can supports upto 64GB microSD Card. The smartphone has a main camera of 5 MP with Dual LED Flash. The front camera of the smartphone is 8 MP with an LED Flash to take selfies. Tecno Pop 4’s is powered by 5000 mAh battery that can be used for tow days and it has a 3.5mm Audio Jack. In Sensors the smartphone has a Fingerprint reader that will allow only the authorized person. Pop 4 by Tecno can record a video and it has Face detection. The smartphone manufacturers concentrated on the high end market and ignored the spending power of the low-end market. Tecno 4 is similar to Samsung Galaxy A3 Core, Huawei Y5p, Nokia C2, and Redmi 9A. Both these technologies, fingerprint reader and Face detection and are now common even in entry-level smartphones like Tecno Pop’s 4. The security system is very packed. It is because security of the data is very important these days. Though, the coming smartphone of the company Tecno Pop 4 is an entry-level device yet the specs of the phone look appealing. If you are in a search of a smartphone that provide you with everything that you want to see in smartphone then the coming Pop 4’s going to be the best choice.