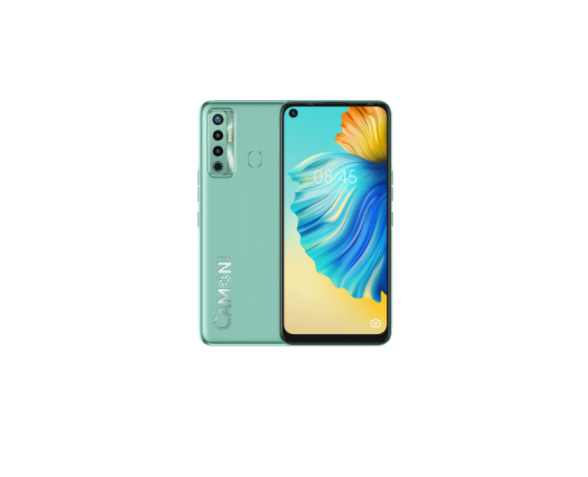 Tecno is trying to unveil Camon 17 smartphone to the market. The upcoming new smartphone has an eye-catching color design with textural lines that give it an exquisite touch. The body of this Tecno Camon 17 is made up of a glass front plastic, back and has a plastic frame to keep it intact. The smartphone will be powered by one of the latest chipsets available for smartphones in the market that is called MediaTek Helio G85 (12nm). The new Tecno’s Camon 17 has got a 2.0 GHz Octa-Core processor under the hood of this handset. This new upcoming smartphone has a 6.6 Inches screen size which is a big-screen display, with an IPS LCD Capacitive Touchscreen, and this device Tecno Camon 17’s going to have a full-HD display with a resolution of 720 x 1600 Pixels. And also there is a GPU of Mali-G52 MC2 in this upcoming device. The upcoming new Camon 17 by Tecno will be packing with 4 gigabytes RAM, which is the highest point of RAM used in this smartphone so you can say that your phone is going to run at a super-fast speed because of its powerful RAM. Tecno 17 has got 128 gigabytes of storage in this smartphone which means that the capacity of your data is unlimited. And also you can extend your storage by using a MicroSD Card. On the rear of the smartphone, there is a Triple Camera setup. The main sensor of the smartphone Tecno Camon’s 17 will be 48 megapixels. 2 megapixels and AI camera. The selfie shooter in this phone is Dual Camera setup and it is not confirmed yet. The side-mounted and Face Unlock sensor will allow the device to protect its data by only allowing the authorized person. The Tecno Camon 17 will be fueled with a Non-removable Li-Po 5000 mAh battery that will carry support for Fast charging. Samsung and other tech giants will face serious competition when this Camon 17’s will release.