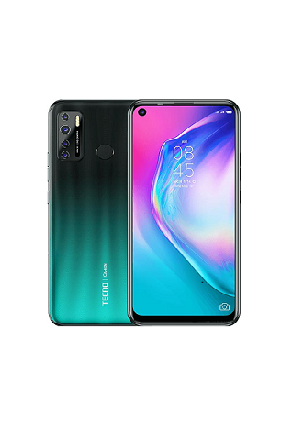 Tecno mobile has introduced the Camon 16 and now the company has launched the Pro version. This Chinese company released some of the main technical features of the smartphone and promised to publish the others gradually over the next few days. Tecno Camon 16 Pro has 6.8 inches Full-HD + (720p) IPS resolution. The resolution of the smartphone is 1080 Ã— 2340 pixels that is really amazing. It arrives with a fingerprint reader located at the rear. Tecno’s Camon 16 Pro smartphone has an addition to Google’s Android 10 OS which is the latest and fastest operating system. This phone has 128 GB of internal storage, supports microSD memory cards, and it has fast charging of 18W technology. Tecno Camon 16’s smartphone has high-end camera features such as a Quad Camera setup on the rear panel there will be a block for four cameras with 64 megapixels + 8 megapixels + 2 megapixels + 2-megapixel lens. Along with the camera has an LED Flash to take pictures in dark mode. The device has many features like Geo-tagging, Face detection, Panorama, HDR and can record full HD videos. The smartphone Camon 16 Pro by Tecno received a frameless design and a dual selfie camera on the front which is 16 megapixels and AI lens in the upper left corner of the display to take awesome selfies. The phone has a large battery of 5000 mAh which can be used all day. Tecno 16 Pro has a Chipset of MediaTek Helio G70 which can compare with mid-range devises of Samsung and many more mid-range smartphones. Tecno Camon’s 16 Pro series in the latter half of the year. it will also create a global AR experience conference to launch this product. Camon 16 Pro smartphone is most memories and meaningful moments are captured using a smartphone camera, so it’s not surprising users will definitely want to use the best.16 Pro has security of Face Unlock, Fingerprint (rear-mounted) which make your data more secure. The other specifications remain shrouded in mystery. Finally, the smartphone is expected to hit the market by the end of 2020.