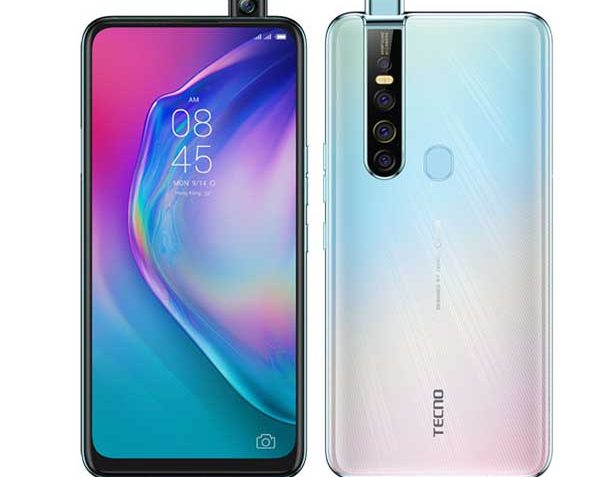 Tecno with another smartphone called Camon 15 that has got a moniker Pro at the end which shows that this variant will be more powerful and expensive than the standard variant of the series. Though some of the specs of the coming Tecno Camon 15 Pro will be the same as used in the standard variant some specs will make it a go-to choice for most of the users. The chipset of the Tecno’s Camon 15 Pro will be the same as used in the standard unit of the series. The MediaTek Helio P35 will be there to empower the handset. The internal storage is also on the high-side. The coming Tecno Camon 15’s equipped with 128 gigabytes of massive internal storage to give the user a cushion to store more data on the smartphone for a long period. The coming Camon 15 Pro by Tecno will be featuring a dedicated slot to be used for the enhancement of the storage capacity of the phone. The special thing about this upper mid-range smartphone Tecno 15 Pro is that it will hit the market with a pop-up selfie shooter which means that you can grab a handset with high-end features at a reasonable price tag. The selfie shooter of the Tecno Camon’s 15 Pro will be 32 megapixels that will ensure the best results. On the rear of the smartphone, there is a quad-camera setup having 48 megapixels primary sensors. The remaining three lenses of the upcoming Camon 15 Pro are still to be revealed. It has an Ultra Night Lens lens that can be used even in dim light conditions. The battery of this variant is a bit on the lower side as compared to the standard variant of the series. The new 15 Pro is fueled with a 4000 mAh battery. A good asset for the market and a competitor of Samsung.