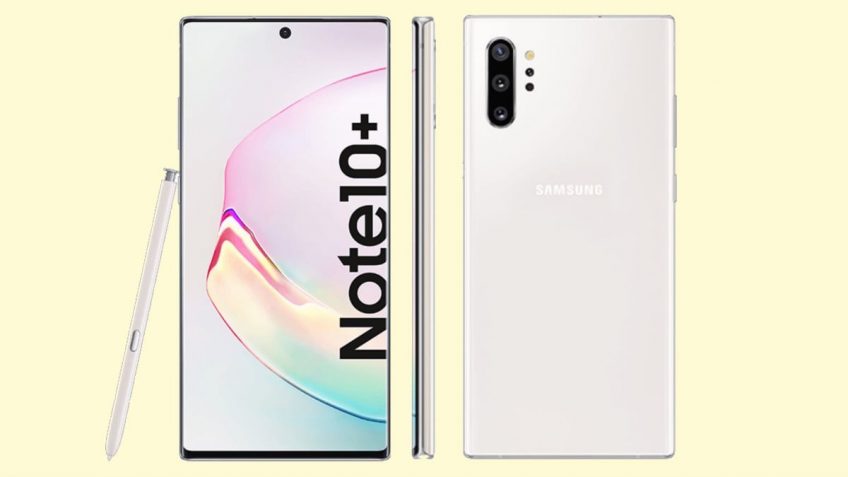 Samsung is going to announce Galaxy Note that will be known as 10 Plus at the end which shows that it is going to be the high-end smartphone of the company and is expected to be released at the end of this year. The new Samsung Galaxy Note 10 Plus has got a render surfaced that confirms the name smartphone and other specs. The specs look like it will be the flagship of the series along with other remarkable smartphones of the series. The upcoming Samsung’s Galaxy Note 10 Plus will be powered by the latest Snapdragon 855 and this is the most powerful and most reliable chipset available for the smartphones available in the market. The Samsung Galaxy Note’s Plus got another render that shows the display screen of the handset which reveals that the bezels are impressively slim with curved sides having a notch at the top edge that reveals Galaxy Note 10 by Samsung will be coming to a front facing camera that will be kept in the display screen. So, it means that this handset has pop-up selfie shooter at all. The chipset of the Samsung Note 10 Plus is paired with 8 gigabytes of RAM and 256 gigabytes of internal storage. The execution of the multitasking will be much easier with such a gigantic RAM and storage of the Samsung Galaxy’s Note 10 Plus will give the space that will be enough for your whole life. It is coming with a Super AMOLED Infinity-O display that will give full HD+ resolution. The in-display fingerprint screen of the Galaxy Note 10 Plus gives the user full authority to use them in a secure way without any fear of them being stolen by someone else. The battery of this new Note 10 Plus is 4300 mAh.