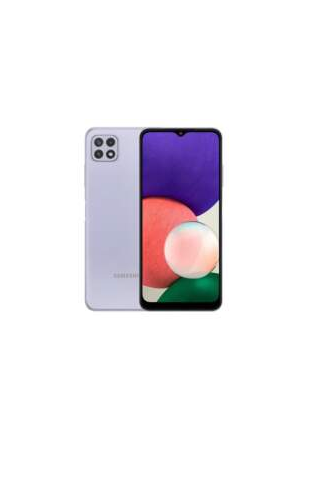 Samsung unveils its new smartphone Galaxy A22, which carries some outstanding specs and the features of the device are quite impressive. The smartphone of the company Samsung Galaxy A22 will be powered by Mediatek Helio G80 (12 nm) which is a really powerful one that will make the execution speed of the phone very fast. The chipset of the device is paired with 4 gigabytes of RAM. The RAM of Samsung’s Galaxy A22 looks very impressive and will place the smartphone in the mid-range category. The internal storage capacity of the handset is 128 gigabytes. The internal storage capacity of the Samsung Galaxy A22’s is enough and there is no need to pack it more storage capacity, but there is a dedicated slot in the smartphone that will enable the smartphone to add 512 GB of memory on the smartphone. The coming Galaxy A22 by Samsung is having a Quad rear camera setup though the sensor of that camera setup is still under the cover and the selfie shooter of the device will be 13 megapixels. The display screen of the new Samsung A22 will be 6.4 inches Super AMOLED capacitive touchscreen, 16M colors that will present full HD plus the resolution of 720 x 1600 pixels. The battery of the smartphone is a Non-removable Li-Po 5000 mAh battery. Samsung Galaxy’s A22 with this gigantic battery will provide the user with enough backup time. It has got the operating system Android 11 OS. It is also carrying a rear-mounted fingerprint scanner to protect the data on the smartphone. So, the data on the Samsung Galaxy A22 will be safe and there will be no worry of stealing data from the device. The new smartphone is going to be a good choice for buyers. The new smartphone of the company that is called Galaxy A22’s going to be a good asset for the market.