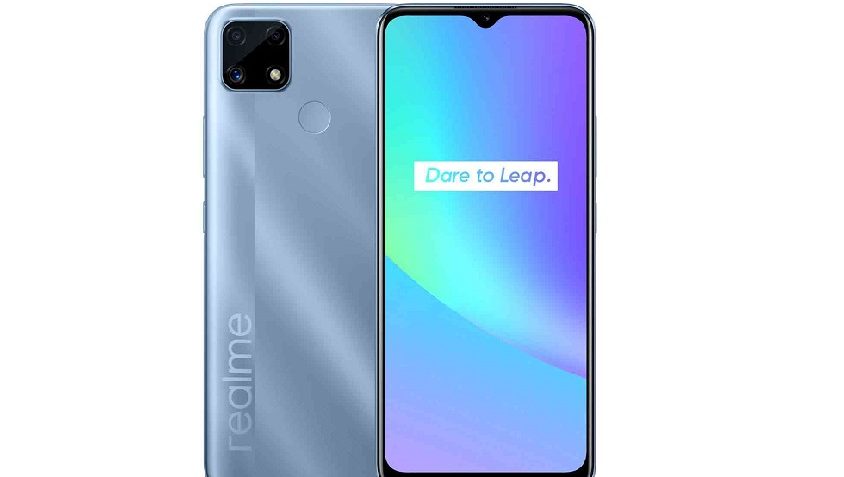 Realme C25 – A Mid-Rang Smartphone Of C-Series
Chinese company Realme will unveil C25 to the market soon. This smart tech recently launched its new C-series smartphone, the Realme C20 successor, and the Realme C21 in Malaysia. Well, it now looks like Realme is preparing for the launch of yet another C-series device soon, which is dubbed as the Realme C25. The smartphone will be powered by one of the latest chipsets available for smartphones in the market that are called the Helio G70 SoC. The upcoming new handset has got a 2.0 GHz Octa-Core processor under the hood of this device. This new Realme’s C25 has got a 6.5 Inches screen size which is a big-screen display, with an IPS LCD Capacitive Touchscreen, and this device Realme C25’s going to have a full-HD display with a resolution of 720 x 1600 Pixels. The handset is pack with 4 gigabytes of RAM, which is more than enough RAM used in this smartphone Realme sharp C25 so you can say that your phone is going to run at a super-fast speed because of its powerful RAM. This smartphone has 64 gigabytes of storage in this smartphone which means that the capacity of your data is unlimited. Realme has got a Triple Camera setup at the C25. The main sensor of the smartphone will be 48 megapixels. Other sensors are yet to be confirmed. The selfie shooter in this new smartphone C25 will be 8 megapixels to make taking selfies more easy and attractive with this new handset. The rear-mounted sensor will allow the C25 to protect its data by only allowing the authorized person. The device will be fueled with a Non-removable Li-Po 6000 mAh battery which is a big battery, the C25 will give you more than one day of battery backup. The smartphone C25 by Realme will run on the Android 11 operating system. Samsung and other tech giants will face serious competition when this Realme C25 will release.