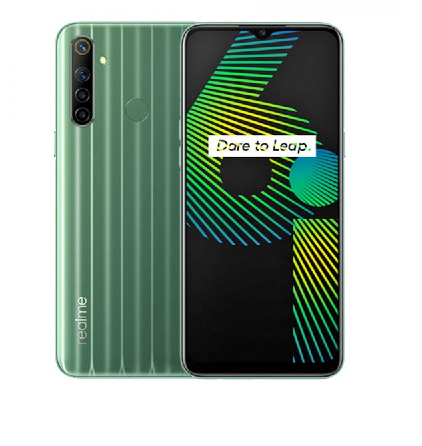 Realme is unveiling its new 6i affordable smartphone that has got some outstanding specs. The smartphone is upgraded in the lot as compared to its previous variant 5i. The coming Realme 6i is having an upgraded camera setup with some features that will make the customer thinking to buy it. The new render leaked about the new smartphone of the company Realme’s 6i reveals a handful amount of information about the smartphone. It will be powered by one of the latest chipset available for affordable smartphones in the market. The Realme 6/a>i’s going to be Mediatek Helio G80. This is an 12 nm chipset that will provide the user with powerful performance. The internal storage of the new Realme sharp 6i is going to be 128 gigabytes but this is what we call built-in storage because you can easily improve the internal storage up to 256 gigabytes more by us MicroSD card. Realme will be packed with the new upcoming smartphone called 6i 4 gigabytes of RAM. The capacity of the RAM is enough to support multiple tasks without any issues. On the rear of the upcoming handset 6i, there will be a quad-camera setup. The main sensor of the camera squad will be 48 megapixels that are quite an improvement as compared to the previous variant 5i. The secondary sensor of the 6i will be 8 megapixels and the macro camera and depth sensor will be 2 megapixels. The handset will be packed with an 16 megapixels front-facing camera. 6i is also launching with a fingerprint sensor on the rear. This will protect the data on the smartphone. The battery of the smartphone is also a massive one that will provide the 6i by Realme with enough power. The volume rockers f the device is on the left side and the volume key is on the right side. If you are looking for a handset affordable good enough like Samsung then the new Realme 6i will the best choice for you.