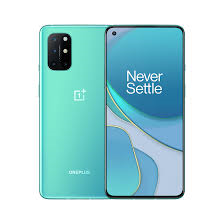 Tech giant OnePlus will bring 8T the flagship smartphone of the company. Actually, the company is following a pattern it brings T-device in the last quarter of the year for the last few years, and the coming OnePlus 8T will one of the smartphones of that chain. The new leaked render of the smartphone shows that it will be a high-end smartphone that will offer to much. The OnePlus’s 8T as per the render will carry a gigantic RAM of 8 gigabytes. This is a powerful RAM capacity that will ensure high-end execution speed that will never delay what you want to browse. OnePlus 8T’s going to be packed with 128/256 gigabytes of internal storage capacity that will allow you to store a huge amount of data on the smartphone. The upcoming OnePlus sharp 8T has got a dedicated slot to increase the internal storage capacity of the phone. So, for storage, you will have to rely on the above-mentioned capacity. The OnePlus is going to power the upcoming smartphone called 8T with a powerful chipset that is available for smartphones in the market and that is called Snapdragon 865 plus. It shows how powerful the coming 8T will be. The new platform available for the smartphone that is called Android 11 will be introduced in the smartphone to make the latest apps easier to support. 8T is going to pack a Quad rear camera with the main sensor of 48 megapixels, The ultra-wide lens will be 16 megapixels and the macro lens and depth lens are going to be 5 MP + 2 MP. So, the 8T by OnePlus is going to provide the users with a super camera setup at the back that is also packed with many features. The selfie shooter of the phone is 16 megapixels. The battery of the OnePlus 8T will be a massive one like Samsung brands.