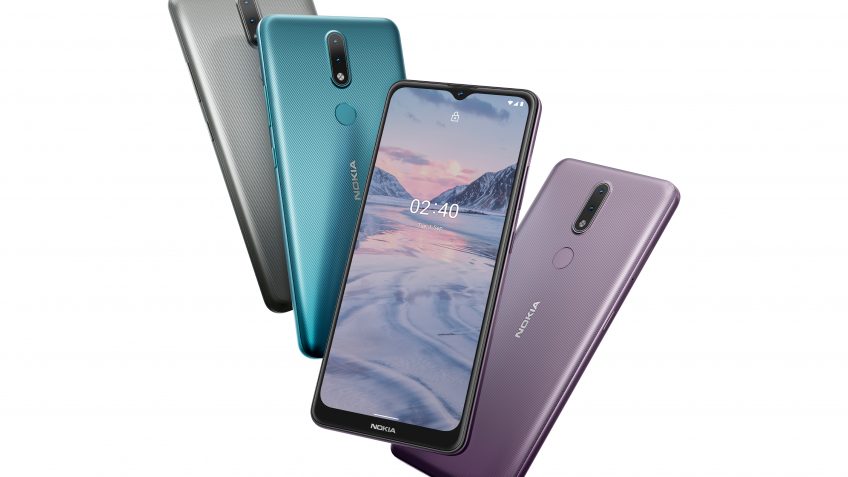 The emerging Nokia unveils its 2.4 which is an entry-level smartphone with some basic specs. It is the successor of the 2.3 that was launched last year with some basic specs as well. The upcoming Nokia 2.4 will be a budget phone that is designed to target a low-budget audience. Though the specs are quite basic and will not like something that you expect from the upcoming Nokia’s 2.4, still the handset will be a great addition to the market at entry-level. It will be powered by the MediaTek Helio P22 chipset. The upcoming Nokia 2.4’s packed with a handy chipset that is mostly used for the budget smartphone with outstanding performance. The smartphone is having 2 gigabytes of RAM to serve the new Nokia sharp 2.4 with excellent executing results. Though, most of the companies are introducing 3 gigabytes of RAM capacity in the budget smartphones as well. But this smartphone is a bit on the lower side. Nokia will embed 32 gigabytes of internal storage in the 2.4. This is will enough storage capacity for holding a great amount of data for future use. There will be a dedicated slot for increasing the storage further. So, there will be no issue of storage in the 2.4. There is Android 10 operating to run the smartphone. The dual-camera setup at the rear is there to produce the desire results with all its features that are embedded in the camera setup. 2.4 has got a main sensor of 13 megapixels and the depth sensor will be 2 megapixels. The front-facing camera is 5 megapixels. The new 2.4 by Nokia will be packing a display screen that will HD plus results. The battery of the phone will also be a massive one that will offer 4500 mAh capacity. Samsung will have a competitor in the shape of the Nokia 2.4.