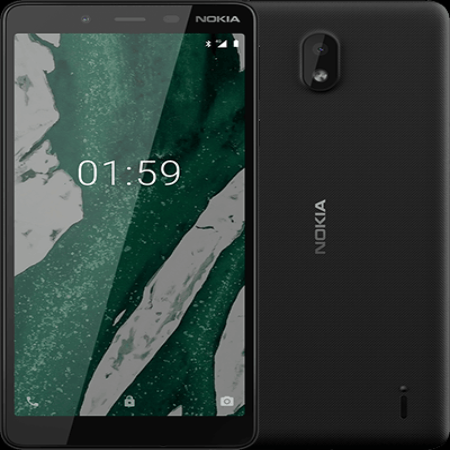 HMD Global’s Nokia unveiled the Nokia 1 Plus during the Nokia 9 PureView launch event at MWC 2019. The company also announced the Nokia 210 feature phone alongside the Nokia 3.2, and Nokia 4.2. Nokia 1 Plus has now become available in the UK from Carphone Warehouse and it carries a price tag of £89.99. According to TechRadar, the phone will also soon become available from other retailers such as Amazon and Argos.The Nokia 1 Plus is an entry-level device that is light on the pocket. The major highlight of the model is the pure Android OS it offers, running Android 9 Pie Go Edition. The device features a 5.45-inch IPS LCD screen with 18:9 aspect ratio and support for a resolution of 480 x 960 pixels.It is powered by a MediaTek MT6739 chipset paired with 1 GB of RAM. There is 8GB of internal storage onboard. You also get an external microSD card slot in case you need to ramp up the storage. The Nokia 1 Plus packs an 8MP camera with autofocus and an LED flash at the rear. For selfies, there is a 5MP shooter. The handset crams a 2,500mAh batttery under its hood. The phone comes in Black, Red and Blue colours.