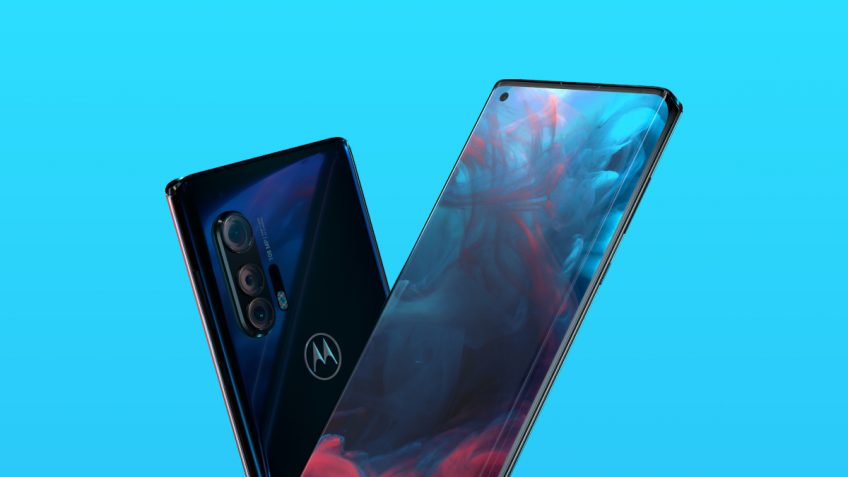 Motorola is coming with its Moto Edge that has got a moniker Plus at the end. The name reveals that it will be the flagship of the company. The company already gave a hint that they are working on a flagship and Motorola Moto Edge Plus will be the one that will carry the ship for the company’s smartphones for this year. As we know that the MCW is right at the corner and will the coming smartphone Motorola’s Moto Edge Plus will be announced in that big event. In the specs corner of the handset, you will find that it will be powered by one of the latest chipsets available for the smartphones in the market. The Motorola Moto Edge’s is going to empowered by the flagship processor, Snapdragon 865 mobile platform. This is the flagship SoC that will easily handle the high-end specs of the smartphone. The Moto Edge Plus by Motorola is featuring a gigantic RAM of capacity 12 gigabytes. The flagship processor along with the flagship RAM will make the processing speed of the handset lightning fast. The coming Motorola Edge Plus will be having a quad-camera setup at the rear. The main sensor of the handset will be 108 megapixels and the remaining sensor are still under the cover. These are yet to be revealed. The upcoming Motorola Moto’s Edge Plus will be equipped with a punch-hole display that will hold the front-facing camera of the device. The 6.53 inches AMOLED display screen of the device will provide the user with a Full HD+ resolution of 1080 x 2340 pixels. The new Moto Edge Plus is fueled with a powerful battery of 5170 mAh capacity to give the user enough backup time. The upcoming smartphone will be a threat for the flagship brands of the Samsung, It means that the new Edge Plus will be a good competitor of the coming high-end brands.