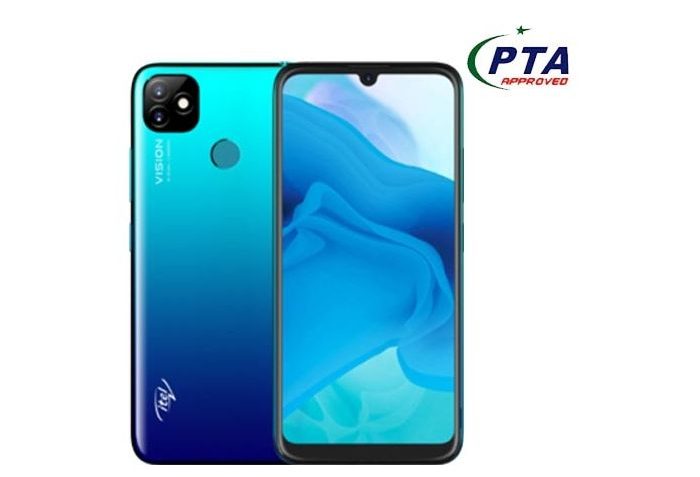 itel will introduce a new Vison 1 that has a moniker at end Pro 3GB. The itel has launched a new entry-level smartphone. This is from a Vision series device with an affordable price range. The smartphone comes with a high amount of RAM. The upcoming smartphone will be called itel Vision 1 Pro 3GB. The new smartphone will be empowered by the powerful chipset called Mediatek. This chipset used in mid-range smartphones, and to give more power to this itel’s Vison 1 Pro 3GB it has a 1.4Ghz Quad-Core Cortex-A53 processor inside the handset. The device has got an IPS LCD Capacitive Touchscreen and in this upcoming new itel Vision 1’s going to have a big screen size of 6.52 Inches, the users will enjoying using this screen size. In this smartphone, it has a full HD plus resolution of 720 x 1600 Pixels. The Vision 1 Pro 3GB by itel has 3 gigabytes of RAM that will assist the chipset to perform well and make the execution speed lightening fast. In this upcoming handset, there are 32 gigabytes of internal storage capacity in itel 1 Pro 3GB. which is enough to store a huge amount of data for a long period of time that can be used in the future. But you can also increase the capacity of storage of the device as it carries support for the MicroSD card. The itel Vison’s 1 Pro 3GB will come equipped with a triple rear camera setup. The main sensor of the handset will be 8 megapixels and the secondary sensor will be VGA and the third sensor is also a VGA sensor. The selfie shooter of the phone will be 5 megapixels. The Vision 1 Pro 3GB features a rear-mounted fingerprint reader plus Face Unlock, that will detect the unauthorized user and will stop him from getting into the phone and steal data. The handset is fueled with a gigantic battery that is going to be a Non-removable Li-Po 4,000 mAh battery. The coming 1 Pro 3GB will be a good rival for the Samsung upcoming smartphones.