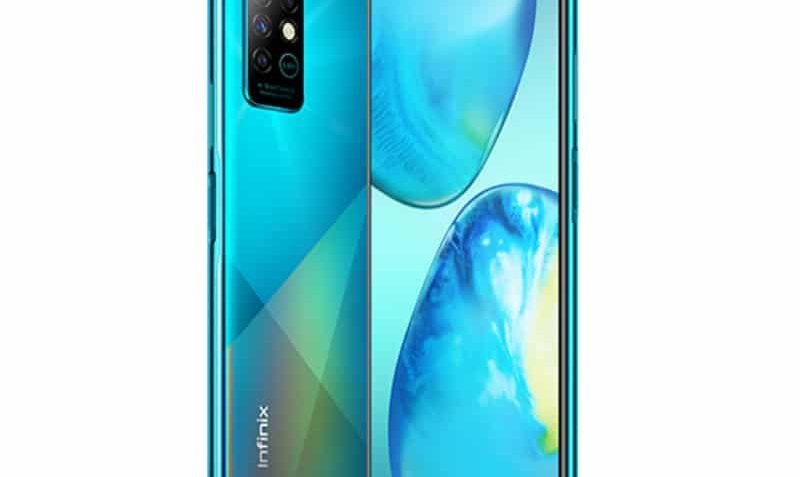 Infinix introduces a phone named Note 8. The device will be loaded with the G series of Mediatek processor. This phone has a good value in the price and specs, generally, a strong device that will able to compete easily with other smartphone brands Like Samsung and Huawei. The new Infinix Note 8 has got a 6GB RAM at the end which means that this will be a high-end variant as compared to the previous one. The RAM that is used in this handset is really powerful to provide the Infinix’s Note 8 with high-end execution speed. If we talk about the design its external body is made up of polycarbonate plastic. The smartphone carries 6.95-inches IPS LCD screen with a resolution of 720 x 1640 pixels. The Infinix Note 8’s going with an HD + screen quality, with a pixel density of 258 pixels per inches, and at the top of the screen has a double hole in which you get two selfie cameras. The upcoming new Note 8 by Infinix has got MediaTek Helio G80 chipset. The smartphone has got two most powerful Cortex A75 Processors that have a frequency of 2.0 GHz and the graphic processor is Mali-G52 MC2. On the rear side of Infinix 8 has a Quad rear camera setup. The main camera is 64 Mega-pixel, 2-megapixel camera with f/ 2.4 lens, which is a macro for close-up photography, the third with a 2-megapixel camera with F / 2.4 aperture, and the last 2-megapixel camera with F / 2.4 aperture which is dedicated to artificial intelligence. The Infinix Note’s 8 has a dual front camera which is 16 mega-pixel and the second with a resolution of 2 mega-pixel with front dual-LED flash, the cameras support 1080p @ 30fps video shooting. The Infinix Note 8 has an Android 10 operating system inside with 128 GB storage space. And the smartphone has got a side-mounted fingerprint sensor to protect your data from loss. The new Note 8’s got a Li-Po 5200 mAh non-removable battery inside with an 18W of fast charging.