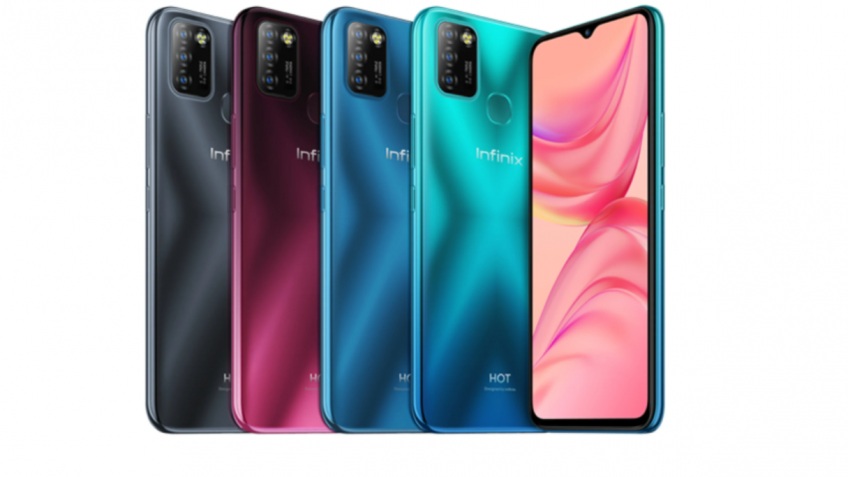 Infinix launched its new smartphone Hot 10 and it has two variants 128GB and the second one is 64GB. This smartphone is a mid-range device and the price of the smartphone will also be reasonable. The device will be powered one of the powerful chipsets that usually empowers mid-range smartphones. Infinix Hot 10 128GB has a chipset of MediaTek Helio G70 so we can expect much from this handset to provide its users with high-end processing speed. The smartphone will be announced to be launched in October 2020. Infinix’s Hot 10 128GB will be available only in one color that is Black. The smartphone has a 4 gigabytes of RAM capacity to make the execution speed of the phone lightning fast. Infinix Hot 10’s going with 128gigabytes of internal storage which is more then enough to store your data. The device also features a dedicated slot that can be used to increase the internal storage capacity. Hot 10 128GB by Infinix has a microSD Card that can supports up to 512GB. The handset got an Octa-core Processor along with the GPU Mali-G52 2EEMC2 which can give Samsung a tough time in its mid-range handsets. Infinix 10 128GB got a IPS LCD display and size is 6.78 inches which is a big screen. The Resolution of the smartphone is 720 x 1640 Pixels. The device has a Quad Camera setup Infinix Hot’s 10 128GB got the main camera of 16 MP wide, 2 MP macro, 2 MP, depth plus QVGA which is Low light sensor and the smartphone has Quad-LED Flash which can make your pictures in dark. Hot 10 128GB got 8 MP front camera setup to make your selfies. The handset has rear-mounted fingerprint sensors to protect your data and the smartphone got 3.5mm Audio Jack. 10 128GB has a big battery setup of 5200 mAh to give you a long day backup.